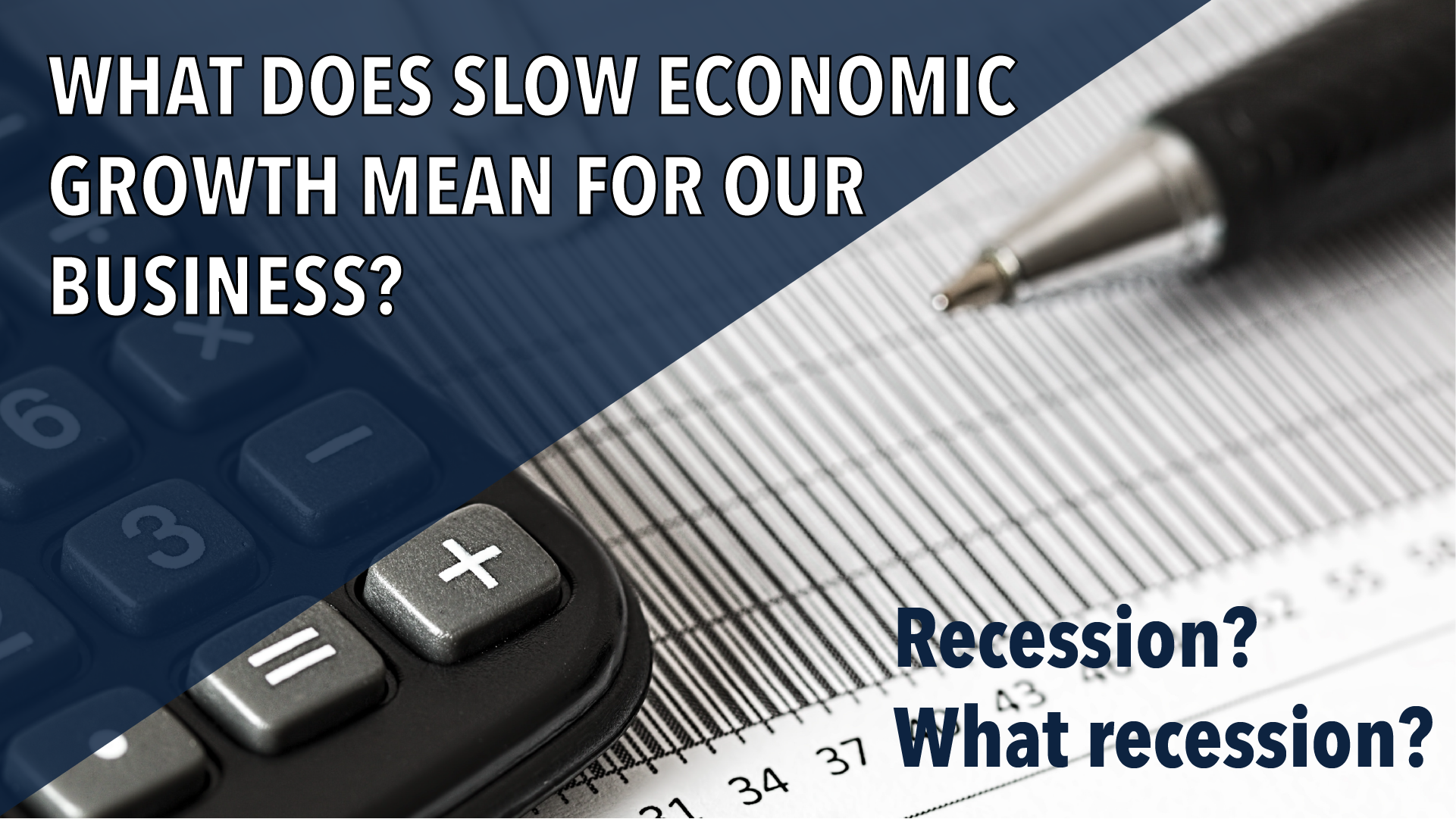 Posted at 17:32h in Employment, Jobs by blendedemployment
Share

It’s not as bad as it sounds.

You may have heard the news; Australia’s economy is growing at the slowest rate since the global financial crisis 😮. In a release from the Australian bureau of Statistics on Wednesday, we found that GDP expanded by just 0.5 per cent for the June quarter, or 1.4 per cent for the year.

Don’t panic, but we haven’t actually seen an annual growth record this low since the aftermath of the global financial crisis in 2009 (and before that – since before GST was introduced in 2000).

In the 24 hours since its release, the news has not been taken lightly… there’s even a trending LinkedIn topic, “Dark clouds for Australian economy”.  It’s all doom and gloom on the front pages. But, instead of panicking and jumping on this trend, why don’t we take a closer look at what it actually means for us in the sales industry?

In other words, we might need to stop panicking before we accidentally will our economy into a recession! 😨

What does this mean for us?

Whenever we hear the words “economy” and “slow” in the same sentence, we tend to go into a frenzy. It can only mean one thing… jobs are in short supply, right?

Unemployment has sat steadily at its low rate of 5.2% since April this year and has been on an overall decline since 2015. Sure, it’s fluctuated, but it has still moved in a general downwards slope for the past four years.

This is one of the statistics we love to see on a decline. It means we have more opportunities to find the perfect candidate for a range of different roles. Essentially, when unemployment goes down, we get to do way more of what we love!

Oh, and another number we like to see? There’s currently more than 1.1 million people employed as sales workers in the country. Go us!

So, why the conflicting economic P.O.V’s?

There’s got to be a gap somewhere; a reason why we’re being warned about the state of our economy, while simultaneously celebrating our high employment rates.

As it turns out, there is a gap. A gap between employment in the public and private sector. Over the 2018/2019 financial year, we can see jobs in the public sector grew by 310,000, absolutely trumping the private sector which only grew 54,000 jobs. Don’t get us wrong, 54,000 is still impressive! But it doesn’t quite add up.

With all this talk of a frightening economic future in Australia, private businesses are closing their doors, tightening their teams and cutting expenditure. We’re all scared! Shaking in our boots! Waiting for the so-called recession to hit any day! The typical mindset of employers has been to only hire someone new if it is absolutely necessary, as well as to hold back on any potential pay-rises.

Unfortunately, we’ve pushed ourselves into a really tight environment with no breathing room, and continuing down this same path is only going to make it worse. The more we act like we’re headed for a recession, the closer we’re going to get to one.

What can we do?

While we’ve been busy bracing for the worst, the government has been busy making up for it with those extra 310,000 jobs. As a result, the economic framework is there for us, and all we have to do is join in. Even making moves on our smaller scale has a large-scale impact.

New employment means someone who may have been previously unemployed now has discretionary income and therefore boosts consumer spending and the local economy. If more small businesses welcomed new employment, imagine the overall impact it could have.

As much as it may seem like it, this is not the time to shy away from expenditure and expansion. Ignore the big, bad economic wolf and join us in willing ourselves out of a potential recession. We’re all about employment and won’t let any technical GDP figures scare us from growing our team. A bigger team means more work, and we’re all for more work!