THE POWER OF THE FOLLOW-UP EMAIL 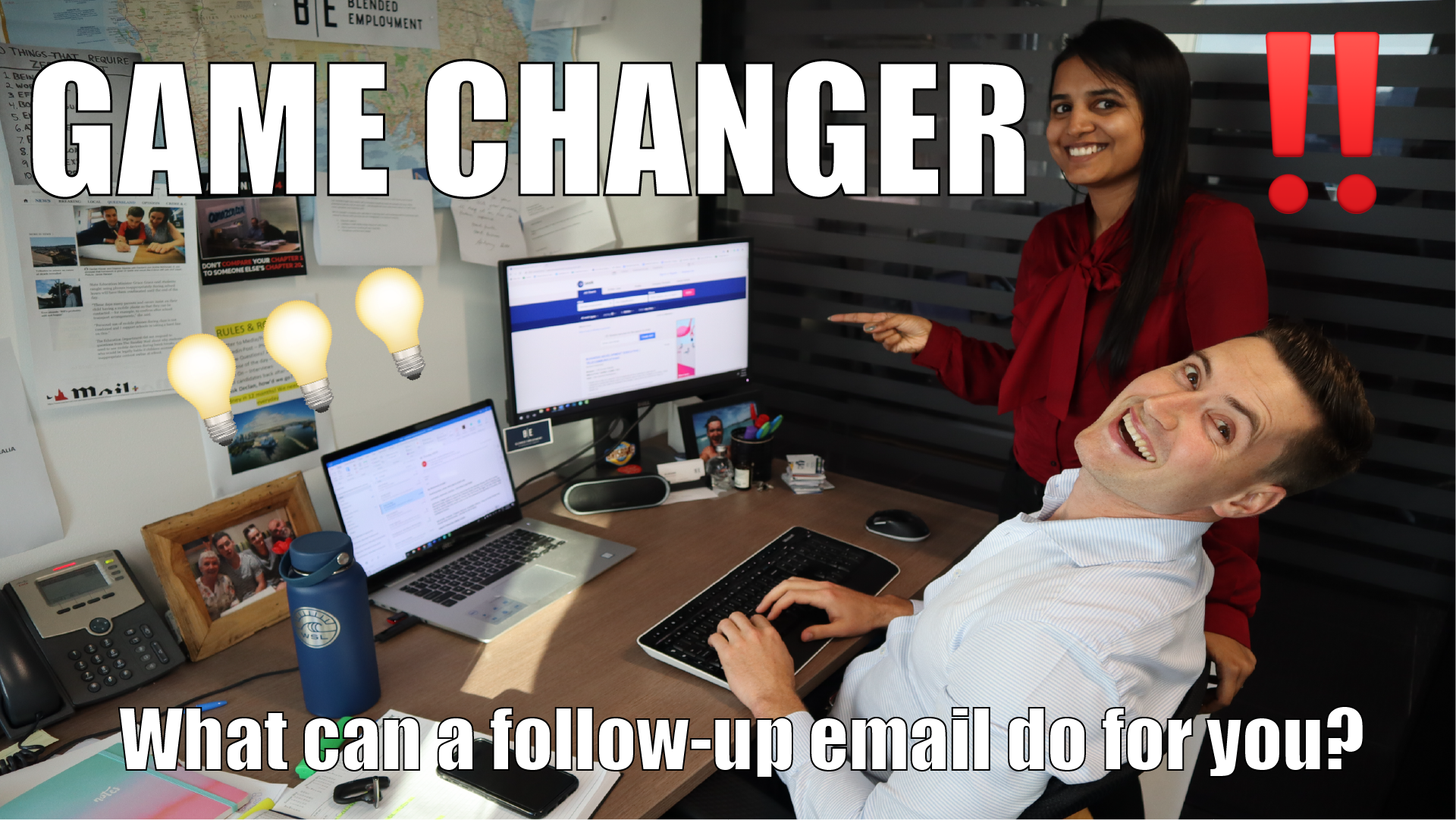 19 Sep THE POWER OF THE FOLLOW-UP EMAIL

Posted at 17:12h in Employment, Jobs by blendedemployment
Share

You haven’t nailed the interview until you’ve sent that message.

The interview process is often like a game of cat and mouse.

The employer is looking for a candidate, someone expresses their interest, they meet for an interview, then what? There’s a lot of chasing, but rarely from the candidate’s point of view. It’s never clear how keen someone is after an interview. How badly do they want the job?

It’s all to do with fear of rejection, but there is a simple way around the fuss…

We have to assume the interviewer has spoken to a bunch of other candidates throughout the day. At this point, they’re probably exhausted and their memory lacking. Why not help them remember you by jumping in their inbox? That way, they’ve got your name fresh in their mind.

Like we said, it’s the email no one sends. Literally no one. The candidates you’re competing against may have just as much potential as you, but you can still stand out by being the only one to thank the employer for the opportunity and their time. It’s the personal touches that shine.

Stuff the fear of rejection, you’ve got nothing to lose in letting them know you want the job. After all, isn’t that why you applied for it? Don’t let the employer question how keen you are by standing down. There should be no doubt in their mind that this is what you want.

In the sales industry, a go-getter attitude is pretty ideal. Employers want to see candidates who will do the chase, as if it were a client they were pitching to. By sending them an email directly after the interview, you’re showing them exactly what you’d do as a salesperson. Prove how you would seal a deal.

It doesn’t need to be complicated! Thank the interviewer for their time and the opportunity, repeat a couple of your important points, and say you’d absolutely love to work with them.

Be polite, genuine, and willing.

If you’re still not sure, we’ve got a whole template set out for you. Get typing! 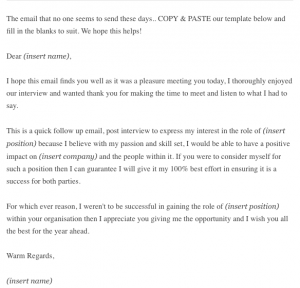