Scott Morrison shows all bosses how not to lead 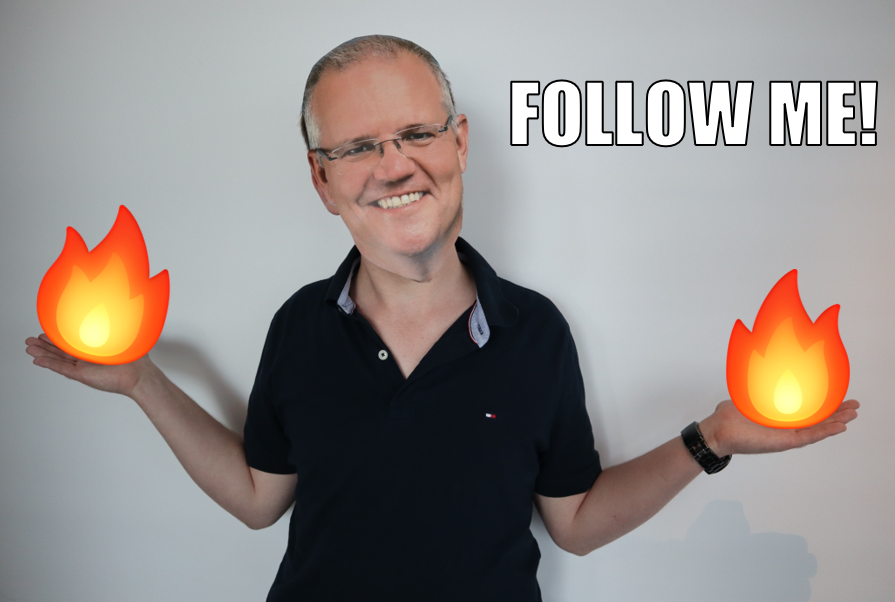 09 Jan Scott Morrison shows all bosses how not to lead

Australia is in the midst of its worst bushfire crisis in a decade.

At the time of writing, at least 25 people and millions of animals have died while millions of hectares have burned. Rural communities have been gutted by fire but have not lost their fierce spirit.

In times of crisis, Australians need a leader to turn to. Someone to show kindness and empathy to victims. Someone whose actions speak louder than words. Someone we can trust and follow with confidence.

Instead, we have Scott Morrison.

When the fires in New South Wales intensified in December, Morrison wasn’t leading from the front. He was sunning it up in Hawaii.

Everyone is entitled to a holiday of course, but the prime minister’s office took days to confirm Morrison had left the country.

The question must be asked: if you want people to believe you’re still in the country, why do you want them to think you’re doing nothing?

A boss who tries to hide things from their employees and keeps them out of the loop is hardly leading from the front.

Throughout December, Morrison continued to say the fires were primarily the responsibility of the states.

One would hope the federal government would be asking what they could do to help instead of waiting for the states to come to them.

Making himself a small target worked well for Morrison during the election. As a former ad man for Tourism Australia, it appeared the prime minister had mastered the formula to create a positive public image.

That reputation is now up in smoke, if you’ll pardon the pun.

After holding back on visiting disaster zones for some time, Morrison finally arrived in the southern NSW town of Cobargo last Thursday to meet residents. It did not go well.

20-year-old Zoey Salucci-McDermott tried pleading for help but the prime minister simply walked away from her.

When your nation’s constituents are pleading for help, the worst thing to do is to quite literally turn your back on them. You could not find a more brazen example of someone emotionally out of his depth.

This piece is not some anti-Liberal, partisan attack. John Howard showed great compassion when he met bushfire victims in 2001.

Regardless of what you think of him or his policies, Howard knew how to connect with people who needed someone to turn to.

Compassion and empathy can’t be faked. A position of leadership is ill-suited to someone without the ability to show these things.

As if things couldn’t get any worse for the PM’s image, his office released an ad on Saturday afternoon promoting the extra resources the Defence Force would be contributing to the crisis.

A press release would probably have sufficed instead of an upbeat ad set to cheery elevator music. It looked more like a government patting itself on the back merely for doing something it should already have done weeks, if not months earlier.

Bizarrely, the NSW Rural Fire Service Commissioner, Shane Fitzsimmons, said the government had not informed his organisation that the forces were moving in. The RFS only found out about it from the media, which wasted valuable time and resources as a result of the late notice.

Communication is such a valuable skill but it’s easily misapplied. No amount of glossy ads can compensate for proper assistance to the RFS, the real heroes of this disaster.

Good leaders don’t need to pump themselves up to show how good they are. They simply lead.

Decent bosses are also honest. Morrison’s office refused to confirm whether he was in the country while he was on holiday in Hawaii. This showed a lack of responsibility and accountability.

Deferring to others instead of asking what you can do to help is also a shabby way to lead. Employees and clients should have faith you are getting the absolute best out of your resources rather than expecting knocks on the door.

At Blended Employment, we don’t sit on our hands and wait for people to come to us. We put ourselves out there and work hard for our clients to show why we’re the best instead of making ads and hoping people give us a call.

All aspiring leaders should look to Scott Morrison’s last week as a guide for what not to do.

If you need someone to look up to in this crisis, Shane Fitzsimmons is your man. He has spoken calmly and shown tremendous composure during the worst fire season of his tenure. All bosses would do well to emulate him.

Our prime minister would do well to follow Teddy’s advice. Words and promises mean nothing compared to action.

Whether it be mobilising the Defence Forces or merely listening to people who have lost everything, a leader does not need to say how great they’re doing. They just take action.

If you want to contribute to one of the bushfire appeals, we’ve written a short guide showing you where to go to donate to fire services and wildlife rescue organisations. Just click here.